10 Steps for Using the Internet in Your Scholarship Search

An Easy to Use Internet Scholarship Search Guide

10 Steps for Using the Internet in Your Scholarship Search is a versatile deluxe plastic reference card that resists tearing, scratching, or bending. You can use it in many ways! 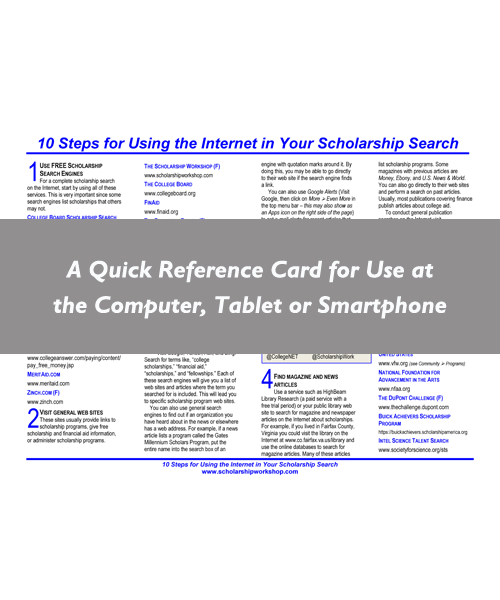 ABOUT THE AUTHOR, MARIANNE RAGINS

In her high school senior year, Marianne won over $400,000 in scholarships for college. As perhaps the first student ever to amass nearly half a million dollars in scholarship money, she has been featured in many publications including USA Today, People, Newsweek, Money, Essence and on the cover of Parade. She has also made hundreds of radio and television appearances on shows such as “Good Morning America,” “The Home Show,” and the “Mike & Maty Show.”