This  session is designed to help those who hate writing get beyond the blank page and complete a good essay. It will also help those who enjoy writing, learn how to make their essay shine for scholarship and college committees.

Comment from a previous attendee of Marianne’s Essay Writing session – “My son is a “techie” guy. He does not like to write essays at all. I can’t believe he was able to write and complete essays at this workshop.” 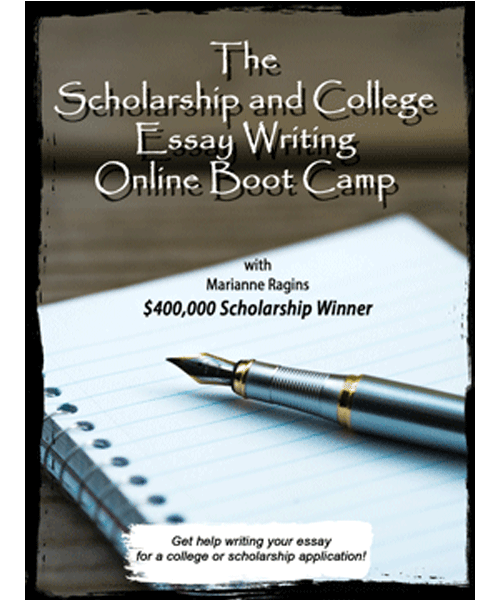 ABOUT THE INSTRUCTOR, MARIANNE RAGINS

In her senior year of high school, Marianne won over $400,000 in scholarships for college. As perhaps the first student ever to amass nearly half a million dollars in scholarship money, she has been featured in many publications including USA Today, People, Newsweek, Money, Essence and on the cover of Parade. She has also made hundreds of radio and television appearances on shows such as “Good Morning America,” “The Home Show,” and the “Mike & Maty Show.”